Congratulations to Kanak Gupta whose poem, “Death in Dubai” won the 2018 Enoch Pratt Free Library / Little Patuxent Review Poetry Contest. There were 236 poems submitted to the 2018 Poetry Contest, representing 70 cities and towns and 19 counties in Maryland (18 counties plus Baltimore City). You can hear Kanak read her winning poem at 4 p.m. […]

Armen Davoudian is a PhD candidate at Stanford University. His dissertation, “No Single Poem: The Poetry Volume in the 20th Century,” focuses on how the poetry book is both a form and a genre, and how in the 20th century it has come to absorb some of the ambitions traditionally exercised in the form of […]

The Writing Seminars is pleased to announce that Michael Broida, MFA 2018, was awarded a Fulbright scholarship to teach in Portugal. The project so awarded comprises the teaching of English conversation with the aim of discussing American culture with Portuguese university students and community organizers. 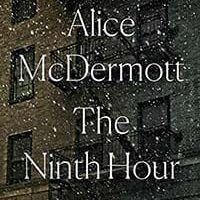 The Writing Seminars is proud to announce that Professor Alice McDermott’s latest novel, The Ninth Hour, is a National Book Critics Circle finalist for 2017.
Tuesday, December 5, 2017, 6 p.m., Gilman 50 Alex Ross has been the music critic of The New Yorker since 1996. He writes about classical music and has also contributed essays on literature, film, intellectual history, pop music, and gay life. His first book, The Rest Is Noise: Listening to the Twentieth Century, won a National Book Critics Circle […] 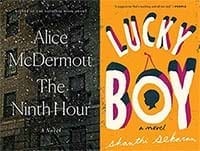 The Writing Seminars is proud to announce that Professor Alice McDermott’s latest novel, The Ninth Hour, is one of Library Journal’s top ten books of the year. Shanthi Sekaran, M.A. ’03, was also selected for Lucky Boy. Join us on November 28th for a reading by Alice McDermott and fellow faculty member Katharine Noel. 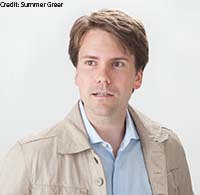 Congratulations to Chris Childers, recent M.F.A. in poetry and instructor in The Writing Seminars, for a $12,500 award from the National Endowment for the Arts to support the retranslation of Latin and Greek lyric poetry from the 7th century B.C.E. to the 1st century C.E. in one comprehensive anthology. Greek and Latin Lyric Poetry from Archilochus […]

The Writing Seminars is proud to announce that professors Danielle Evans and Eric Puchner both have stories appearing in The Best American Short Stories 2017, edited this year by Meg Wolitzer.  In addition, a story by Taylor Koekkoek, a recent graduate of the MFA program, was chosen as a “Distinguished Story of 2016.”
The President’s Reading Series, which is supported by The Writing Seminars, kicks off with a visit from Salman Rushdie on Sept. 26. All the readings are free and open to the public. 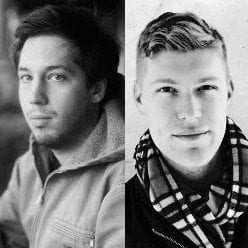 Congratulations to Writing Seminars graduates J.P. Grasser and Richie Hofmann, both MFA graduates of 2014, on being chosen as 2017-2019 Wallace Stegner Fellows in Poetry. The Stegner program, which selects 5 poets and 5 fiction writers annually, offers early-career writers of exceptional promise two years to develop their work at Stanford University, free of any […]