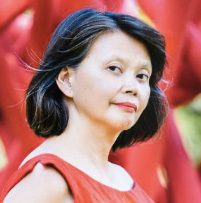 Congratulations to The Writing Seminars alumna Gina Apostol, MA ’88, who won a 2022-2023 Rome Prize in literature, awarded by the American Academy in Rome. The prestigious prize includes a stipend, workspace, and room and board at the Academy’s 11-acre campus in Rome to work on her current novel, The Treatment of Paz. The novel focuses on a Filipino couple living in Paris in the 1880s, in the time of Freud and his early research on hysteria. Apostal has written four novels, and is currently an English teacher at the Ethical Culture Fieldston School in New York City.

The American Academy in Rome is America’s oldest overseas center for independent studies in advanced research in the arts and humanities. Rome Prize winners are selected annually by independent juries of distinguished artists and scholars through a national competition.