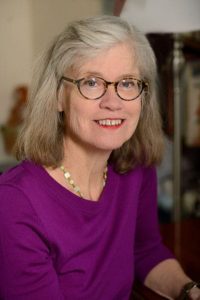 Jean McGarry was appointed to the Elliott Coleman Professor in The Writing Seminars.

In 1947 Elliott Coleman founded the Hopkins Writing Seminars, which was only the second such program in the country. Dr. Coleman, who published 18 volumes of poetry and essays, continued to chair the department until his retirement 30 years later. He was a mentor to many American writers who later gained prominence, including Russell Baker, A&S 1947, who won the Pulitzer Prize for Growing Up, and John Barth, A&S 1951, 1952 (MA), who won the National Book Award for Chimera. Professor Coleman died in 1980.