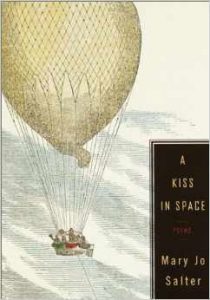 From the first poem, which takes us up in a hot-air balloon over Chartres, to the last, in which a Russian cosmonaut welcomes an American colleague onto the Mir space station, Mary Jo Salter’s exhilarating fourth collection draws the reader into the long distances of the imagination and the intimacies of the heart. Poignant poems about her own past—such as “Libretto,” in which a childhood initiation into opera merges with a family drama—are set against historical poems such as “The Seven Weepers,” where a 19th-century English explorer in Australia comes face-to-face with the Aborigines his own people have doomed to decimation. The book’s centerpiece, “Alternating Currents,” juxtaposes real historical figures like Alexander Graham Bell and Helen Keller with their fictional contemporaries Sherlock Holmes and Dr. Watson, as each of them plumbs the mysteries of perception. Along the way are poems on family life, on films (from home movies to Hollywood romances), on travel in France, and on works of art (from a child’s fingerpainted refrigerator magnet to Titian’s last painting).

In this splendid and engaging collection, Mary Jo Salter pays homage with wit and compassion to the precious dailiness of life on Earth, while gazing tantalizingly beyond its boundaries to view such wondrous events as a kiss in space.