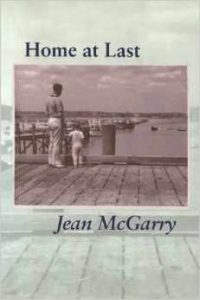 “Home” is the unnamed goal in this collection whose characters are somehow always searching for that ideal state of calm and warmth and perfect tolerance. Of course, that dream is quite unlike the hard world of Providence, where these dreamers really live—a world of wary neighbors and vague priests, of flinty teachers, of parents distant and irascible. Hungering for some better place, these sons and daughters of New England follow very different paths, and make very different—often shattering—discoveries. In “The Raft,” a 10-year-old boy struggles with the shock of his father’s leap from a ninth-floor window of the failed family business. A middle-aged woman invites her widowed mother to move in with her—and then the two of them must fight it out to see which one of them has made the greater “sacrifice.” A high school senior, more interested in boys than in fruit flies, uses her genetics project—”Sex-Linked Traits”—to probe the foibles of her own high-strung family. In “Uncle Maggot,” a little girl, unwilling to say goodbye at her father’s coffin, shocks the mourners with a very odd performance. Charged with dark humor and dramatic power, the stories in Home at Last are crafted with that rare stylistic purity which readers have come to expect from McGarry.