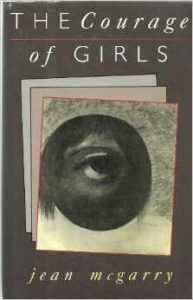 Loretta Costello St. Cyr doesn’t want to kill time—she wants to save it, observing, reflecting but otherwise expending minimal energy; that McGarry creates a lively novel around so quiet a character is impressive. Loretta is married to the opinionated, brilliant, difficult Daniel, who is working on his philosophy dissertation. The story, set primarily in New York City’s East and West villages, picks up at different points during the 1970s and is interspersed with Loretta’s memories of her childhood. She spends her days drawing, rereading an old recipe book and visiting with Margaret, an artist who collects figurines and small statues as well as assorted boyfriends. Unable to get over her depression following a miscarriage, Loretta retreats to the suburban home of the aunt and uncle who raised her after her alcoholic parents died in a car crash when she was nine. Daniel, desperate and confused, waits for her return. McGarry’s deftly drawn characters—notably Loretta’s mother, a drunk who hates housework but has a special gift for ironing—give this poignant novel its vibrancy.